Two teens arrested in beating of Detroit bus driver for $7 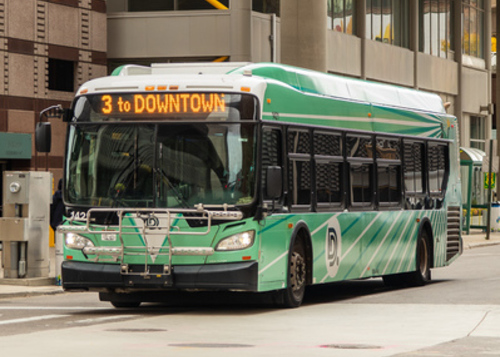 Two boys, 17 and 14, are in police custody in connection with the beating and robbery of an on-duty Detroit bus driver.

According to Fox 2's review of a police report, a handful of teens attacked the driver and took $7 from him just after boarding his bus at Seven Mile near Lasher early Thursday morning.

We are told the assault, then continued outside the bus onto the sidewalk with the man taking blows to his body, leaving him cut up and bruised. Then the teens took his wallet.

He was taken to Sinai Grace hospital but released a few hours later, and is now off the job recovering.

It's unclear whether the driver followed protocol, which a Detroit Department of Transportation official tells Fox 2 requires drivers stay behind their protective barrier and request support through dispatch when issues arise.

The incident is under investigation. The two teens are being held in juvenile detention as they await possible charges from the prosecutor's office.