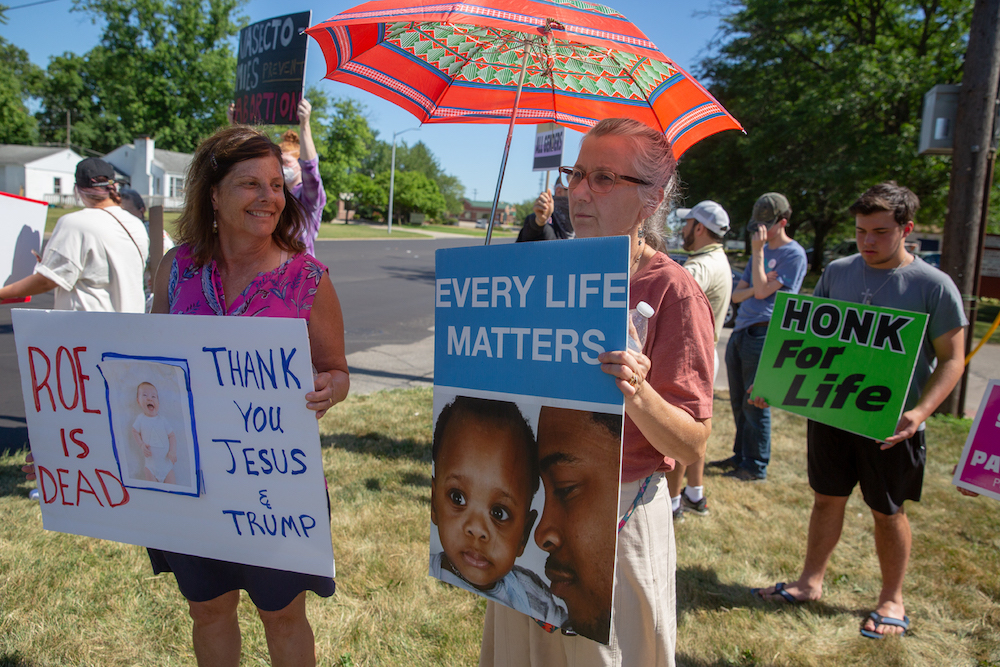 “Federal authorities have indicated to organizations across the state that there could be disruptions or other activity that is either violent in nature or efforts to vandalize property to maintain awareness that there's the possibility for disruptions or violence or vandalism,” Maluchnik said.

The FBI last week told the New York Post that it was investigating violence and threats against anti-abortion groups ahead of the Supreme Court decision. Specifically, it said it was looking into  threats targeting pregnancy resource centers, which discourage abortions.

Last week, the Jackson campaign office of Congressman Tim Walberg was vandalized.  The office shares a building with an anti-abortion organization.

"My office and Jackson Right to Life were the latest to fall victim to the disgusting domestic terrorism targeting pregnancy centers and pro-life groups across the country," Walberg, an anti-abotion conservative, tweeted the next day. "We won't be intimidated or stray from our principles. This only strengthens our resolve."

Multiple windows were broken and the front door was smashed in Walberg's office, which shares a building with Jackson Right to Life, reports Fox 47 News.

It was unclear what damage was done to the abortion group's property beyond the spray painting of the words, "Jane's Revenge" on the outdoor sign. Jane's Revenge has been known to go after anti-abortion organizations.