Two employees will no longer work in an Ingham County school's cafeteria because of their actions during an argument with teens that became a scuffle. One woman is fired and another will be reassigned after an administrative leave. 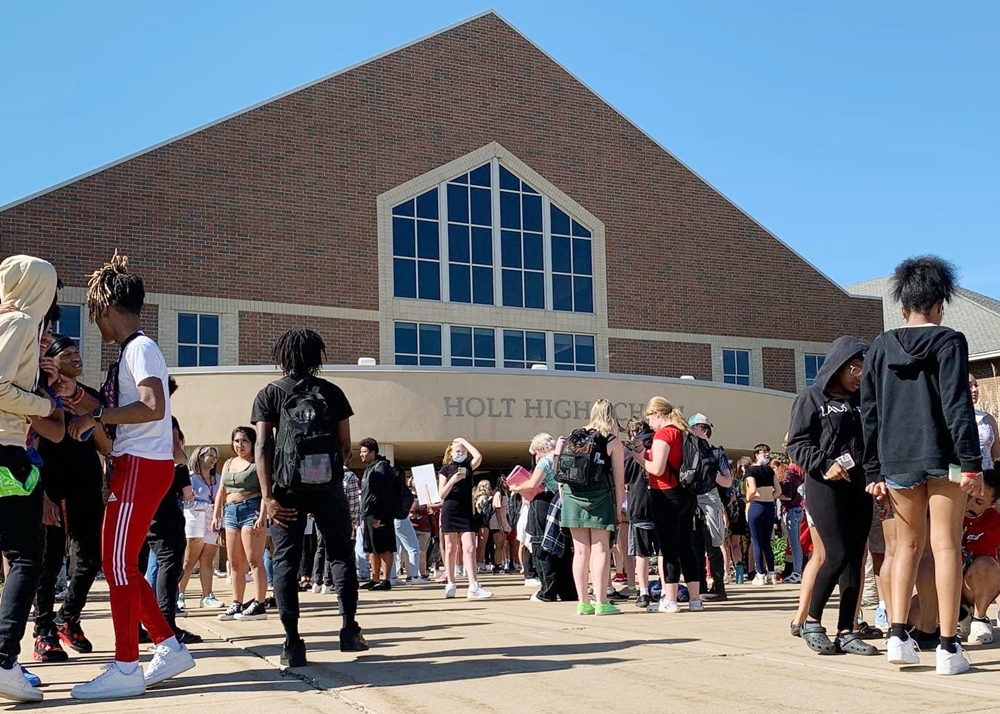 The Lansing State Journal used a Freedom of Information Act request to get an investigation report on the April 4 lunchroom fracas at Holt High School, about a dozen miles south of the capital.

The district furnished records Wednesday that named Megan Rodriguez as the employee who will be assigned to a different location and Sandra Smith as the worker who was terminated as of May 3. District officials found that Smith had violated misconduct and de-escalation procedures. ...

In an April interview, sophomore Joy Williams said tensions flared after one staffer used an anti-Black slur against the group of Black students. ... [A] student slapped the lunch lady, then another lunch lady swung at the student. ...

Williams provided video of the altercation to the State Journal. In it, Smith can be heard using the slur.

Both women violated the district's code of conduct, administrators concluded.

"It was determined that Ms. Smith engaged in misconduct, including inappropriate communication and reactions to students that escalated the incident, instead of seeking assistance or utilizing other means to de-escalate the situation," [human resources director Erin] Quinlan wrote on May 3. ...

The school district's investigation concluded Rodriguez "attempted to verbally intervene and de-escalate the situation," according to a letter written by Quinlan. She later wrote Rodriguez's actions didn't align with the district's policies for crisis prevention, proper de-escalation and nonviolent interventions.

Rodriguez will be reassigned to "another work location upon return."

A day after the disruption, the paper reported on a letter sent to families by Holt Public Schools Superintendent David Hornak.

Student witnesses told the district that a contracted employee attempted to clear a group of students from an area of the cafeteria and the situation escalated, Hornak wrote.

He wrote that the staff member and students reportedly exchanged racial epithets, after which an uninvolved student struck the staffer and a second cafeteria worker physically intervened.