Streaking fireball over Detroit skies was a satellite, not Superman

Witnesses in the Midwest who saw a streak of light blaze across the sky shortly before 1 a.m. Wednesday most likely saw a satellite breaking apart as it re-entered the atmosphere, NASA now says. 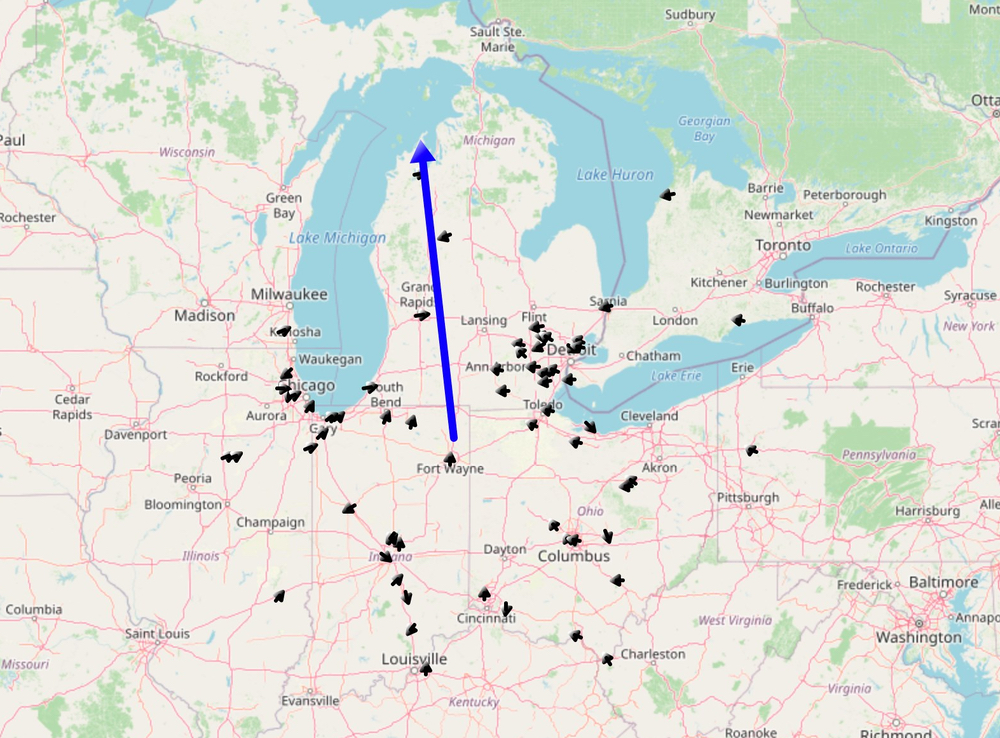 A NASA map shows sightings of the fireball and its approximate path. (Graphic: Facebook)

The space agency does not believe it was a meteor or other natural object, The Detroit News reports :

"This event was not caused by a natural object; it was produced by the reentry and fragmentation of a satellite over that area of the country," the agency said in a Facebook post on its NASA Meteor Watch page.

At least one expert speculated that it was a failed Russian spy satellite.

A Harvard astrophysicist said he is "100% confident" it was, but doubts official confirmation of its origin will come.

Many witnesses in Michigan, Indiana, Ohio, Illinois, Kentucky and Ontario saw and photographed the fireball as it streaked into the atmosphere.