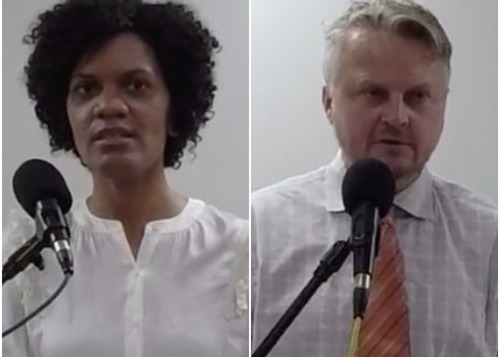 Detroit's mayor won't have his feet held to the fire with a debate this election cycle, but a set of council candidates did Thursday night thanks to the Authentically Detroit podcast of the Eastside Community Network.

The race for the spot left open by disgraced former councilmember Andre Spivey is one of the most hotly contested. Johnson won the seven-way primary with 2,600 votes, while Elrick came in second with 2,000.