Did James Craig, who is not a certified police officer, act illegally in Detroit? Dems want to know 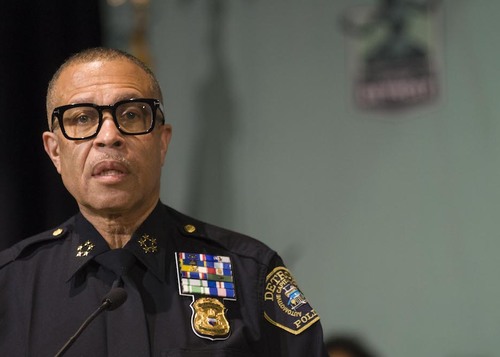 Craig announces his retirement in May. (Photo: Tom Perkins)

The Michigan Democratic Party says it has filed a public records request to learn whether James Craig acted illegally as Detroit police chief by conducting law enforcement activity without the certification to do so.

Craig wasn't certified with the Michigan Commission on Law Enforcement Standards during his eight-year tenure as chief, which isn't requred of those leading departments in Michigan.

But he would have needed the certification to make arrests, serve warrants and issue citations, the party contends. It filed a Freedom of Information Act Tuesday to find whether he did any of those things, several days after Michigan Radio reported he never became fully certified despite promising to do so voluntarily via a spokesperson in 2013.

According to The Detroit News, Craig was instead deputized by two Wayne County sheriffs, which he says would cover any law enforcement activity. However, he says he never took actions like those outlined in the party's request.

Craig was similarly criticized for his unwillingness to become a state-certified officer in Ohio when he served as Cincinatti chief. There, it was required.